It's What Recommenders Know, Not Who They Are, That Counts 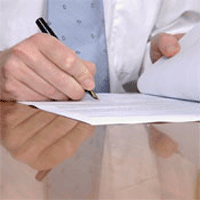 Some b-school applicants have the mistaken idea that, if they have the right social and business connections, they're all set. They think they can get a letter of recommendation that will automatically put their application at the top of the "accepted" stack on the admission officer's desk.

No one will deny that networks are an important means of getting your foot in the door in the business world. But if networks really were THE key to success, then people who already have connections wouldn't have to bother much with admissions applications, would they? For that matter, why would they have to bother with the MBA at all?

The reality is that people who are well-connected through family or other networks may face unique obstacles in the b-school admissions process. This is especially true of candidates who come from countries where status and family connections are the primary way that doors are opened. And for a candidate whose work experience is primarily with a family-run business he or she is destined to inherit in the future, these unique admissions issues can get especially tricky.

When your dad is both your boss and the CEO of the company you work for, you face two big problems: Who do you get to write a letter of recommendation? And how will you present your profile and accomplishments in such a way as to dispel any notion that everything came to you through your family?

One of my clients was in precisely this situation. (For the sake of simplicity, I'll call him John.) He was aiming for top US and European business schools after having worked for an important family business in a country where connections to influential people had been handed to him at birth.

In our first consultation, I put the cards on the table and explained what his obstacles in b-school admissions might be.

John's first problem was his letters of recommendation (LORs). He was especially worried about LORs because he had a low GMAT score. Logically, he could not ask his father to write his recommendation letter. He went through a list of other influential people who might write one for him. He had trouble disentangling himself from a natural tendency to look for someone with a lot of status whose LOR could offset the weak GMAT score by speaking on his behalf.

In doing so, John was making the same mistake many other applicants do. Many applicants – not just those with John's background –  think that a recommender's status is more important than the content of their letter. They assume that the higher-up their recommender is in the company hierarchy, or the more name recognition he or she has in the wider world, the more weight their recommendation will carry.

It is difficult to dispel this myth. Most MBA admissions offices go out of their way to explain that your letters ought to come from your direct supervisor or someone else who has truly seen your work and can genuinely speak to your potential as a future manager and leader. That means that if your company's CEO is not your direct boss, their letter will add no new insight to your application.

I explained to John that, in his case, the strongest LORs might come from the clients and suppliers he had dealt with rather than from his supervisors. His clients would have more credibility than his supervisors – who all had some connection to his family – would have, and could also give detailed examples of his strong qualities as a businessman. He would just have to explain his choice of recommenders in the optional essay, which, in his particular situation, would be easily understood.

Now came the problem of demonstrating that John's achievements were the result of his own efforts and not something his family had helped him accomplish. This was especially important because his GMAT score was below the average for his targeted schools.

We talked. I found out that John actually had a lot of good material to work with. He had a strong undergraduate transcript that would help mitigate his GMAT score. He could also point to plenty of accomplishments that clearly resulted from his own initiative.

John's father had really made him work his way up from the trenches. During his eight years with the family company, John had implemented important changes and improvements in every position he held, gradually taking on more and more responsibility along the way. Most importantly, he showed the drive, passion and vision needed to lead the family business in the future, which promised an uphill battle against intense competition from large multinationals. With this excellent grasp of the needs of his business and a vision for its future, John had a very convincing argument for pursuing an MBA.

John wound up submitting applications that were very different from what he had started off with. It would have been a shame if he had turned in an application with more conventional choices for LOR writers and for essay topics, since they would not have brought to light his successes or truly represented his potential. Given his GMAT and profile, I doubt he would have done very well with them. But the application I helped him put together worked beautifully. He got multiple acceptances, including one from a top European school.

Successful Admissions is About More Than Numbers was contributed by Senior Consultant Cristina Freeman. Cristina holds a master's degree from New York University. She made thousands of accept/reject/waitlist decisions as an admissions officer for IESE.