The GMAT has a long-standing history as the required exam for admission to an MBA program. Along with the GRE, the GMAT business schools use it as a predictive measure of an applicant’s possibility for success in an academically demanding program.

The Random Nature of the GMAT CAT Test

By its very nature, the GMAT test is inherently random. It selects questions for you to answer from a large database, based on whether or not you answered the previous questions correctly. It does this to determine the degree of difficulty within which you will be most challenged. For this very reason, you are not allowed to skip questions and return to them later.

The GMAT test also relies on a complex algorithm to determine which type of question to ask next. For example, on the quantitative section of the test, you might be asked a problem solving question, followed by a data sufficiency problem, followed by two more problem solving questions. You can count on seeing groups of questions randomly interspersed within each test section.
The Structure of the GMAT Test

Here is a basic outline of what you can expect to see on the test:

*All GMAT scores are valid for 5 years.

Preparing for the GMAT Test

Preparation for the test is highly recommended. While for some, it is possible to receive a decent score without preparation, it is unlikely that you would receive a high score without studying beforehand.

The official GMAT ® Exam provides free access to prep software as well as printable practice tests. These can be used to brush up on information, identify their weaknesses and perfect their test-taking strategies. GMAT prep material is also offered by a variety of providers.

If self-study isn’t your thing, you can also enroll in a GMAT Prep course, either online or in classroom.

You can take the GMAT as many times as you would like, though all scores will be reported when applying for MBA programs. GMAT testing sessions are available throughout the year at local testing centers. 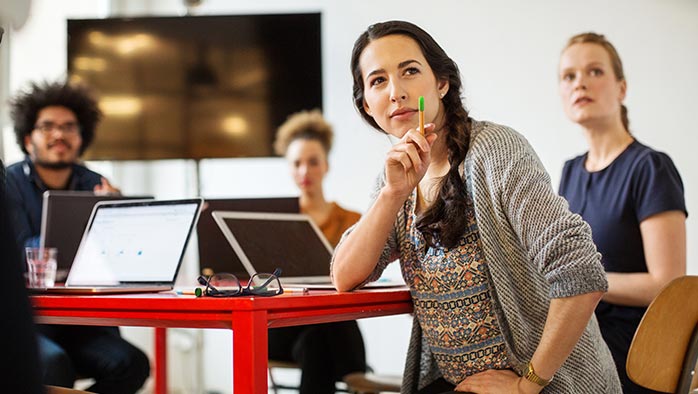